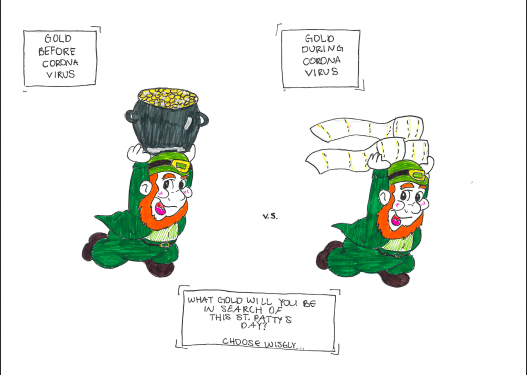 Every year on the 17th day of March, certain parts of the world turn emerald green. People in English countries walk around the streets wearing green costumes, devouring green foods and drinks, and cities even dye their lakes and rivers green. All of this happens to celebrate St. Patrick’s Day, one of the most celebrated national holidays.

Long story short, it is to commemorate the death of patron St. Patrick. For centuries, the Irish were celebrating in solemnity, attending church in the mornings, and having feasts in the later afternoons. To a widespread belief, the United States was the first to make customs to merry celebrations. In 1737, The Charitable Irish Society of Boston organized the first instance of these celebrations in the United States.

Today, one of the biggest parades on St. Patrick’s Day takes place in Chicago with hundreds of thousands of people crowding the Chicago River, all to watch the river turn to an emerald green color. Even the White House fountain in Washington D.C. turns green for the day. In 2020, there were fewer people who attended, not only that parade but others around the world, due to social distancing from Covid-19.

This year people are unsure of how this hugely celebrated holiday will play out. I know that I will be wearing green and watching those who do not so I can get ‘em with a pinch. Stay safe this holiday and have some green-filled fun!