FBLA Competes at Best of the West 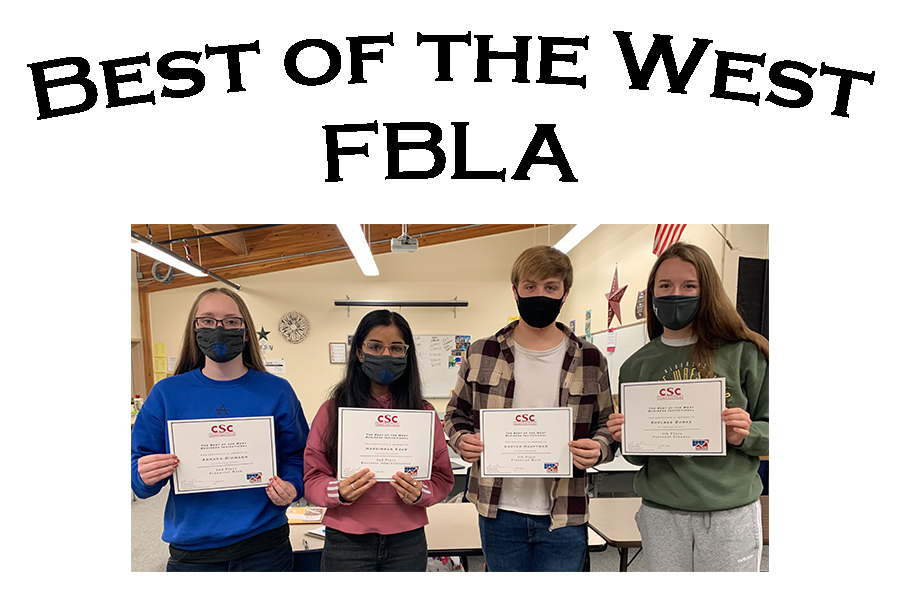 FBLA Competes at Best of the West

Along with many exciting things coming along this January, FBLA competed at their first event of the 2020-21 school year. Members have been preparing all year, and the time finally came–– Best of the West competition. Alliance has taken home 1st place at this competition for the last two years, so the bar was set high.

To prepare for Best of the West, members of FBLA signed up for three tests that they wanted to take, and then spent all month studying. The test ranged from personal finance, accounting, business communications, and many others. Members were very excited to compete and planned to bring their A-game. Each test was approximately 35 questions long, which changed from the previous 100 questions at the in-person competition. Because of the COVID-19 pandemic Best of the West was moved online and brought forth many changes. For example, instead of a whole day of competition and testing, FBLA members were given three days to do three tests, and they opened testing up to the entire state, so it wasn’t just “Best of the West”.  Alliance FBLA decided to complete the tests before school on Tuesday, Wednesday and Thursday, and they were allowed to do their tests in whatever order they wanted.

The bar was set high from previous years because Alliance came home with the first-place glory; members strived to achieve this same accomplishment, but because testing was opened up to the entire state, it made this a little more difficult, and FBLA members did not take home first place as they did in previous years. Alliance FBLA had at least 20 members taking three tests each, and how well they do on those tests determines what place they get. Each placer gives the team a certain amount of points. The results of this competition are as follows:

Annaka Digmann, a sophomore says, “I was confident in the business math and knew next to nothing on the other two; I will probably study more next year.” Simmi Kaur, also a sophomore replied when asked how she felt about the competition this year compared to last, “It felt very different than last year because the tests were open statewide rather than just to our Panhandle like it was last year. This is mostly why I feel like the competition was harder. My favorite part of the competition [last year] is usually meeting new people when we compete against other schools. It’s also fun to see all of the group celebrate after we win or place. But due to different circumstances this year, it was definitely unlike what it was last year.” FBLA competitions are definitely a fun challenge, but when they are in person they are even better. Hopefully, next year Alliance FBLA can compete at Best of the West in person.

Congratulations Alliance FBLA from the SPUD. Though it was not the outcome that you wanted, we are proud of the effort and determination that you showed throughout the competition. All of the SPUD wishes you the best of luck as you progress on to state!