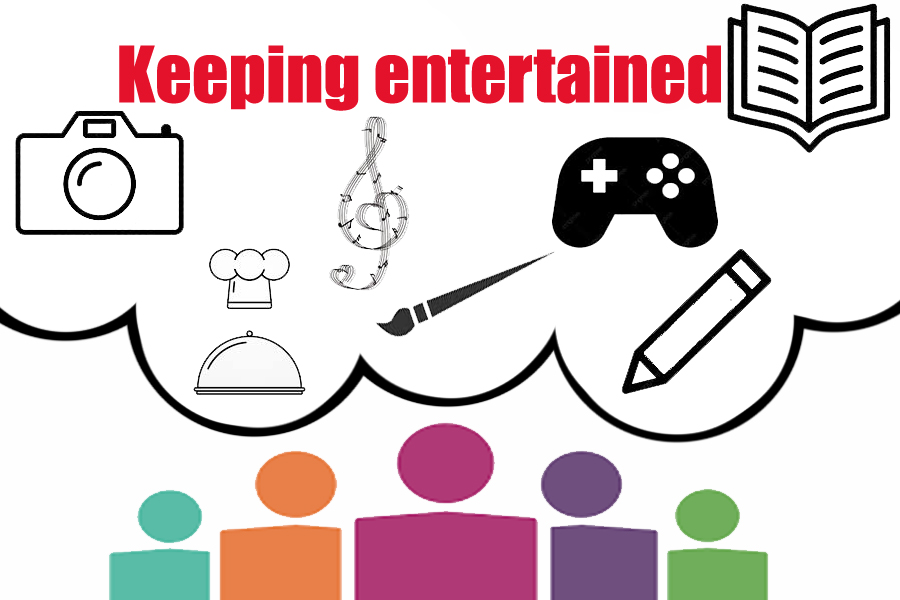 Covid-19 has caused a lot of things to close down. Restaurants are only allowed to open by drive-through, the theater can no longer play movies, and a strict quarantine has spread all across the United States. There isn’t much for people to do. As we scroll through social media we can see that people have become very bored. Asking the students of Alliance High School what they have been doing during this quarantine, has given many responses.

With Covid-19 spreading everywhere, everyone has been advised to follow a social distancing policy. Whether or not it is being followed is difficult to manage. While 30 of 50 students said they have followed this policy, 10 stated they haven’t. The other 10 students replied that they have been following the policy outside the fact that they have to work.

Options for entertainment have dwindled over the past two months. Many students replied that they were spending a lot of time on their phones using social media, or watching Netflix shows. While many are spending time using the internet for their entertainment, many students have also taken interest in creating art or reading a book. Some even said they have played a lot more video games. However, not everyone has taken an entertainment point of view with this quarantine, with few responses saying students have been keeping busy by going to work.

With a quarantine in place, there are a lot of students that have begun to miss life before the quarantine, being able to leave the house, hang out with their friends, the sports they were involved and about half of the 50 responses saying they miss going to school and seeing some of their teachers.

Though finding ways to keep entertained seems difficult, it seems that some AHS students have been doing fairly well during this quarantine and keeping entertained.