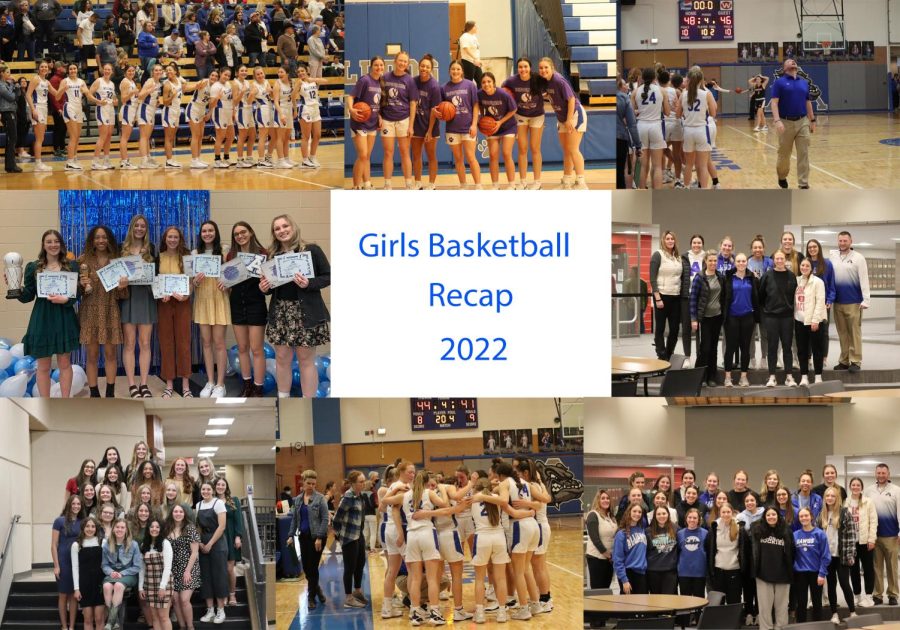 Recently, winter sports came to a conclusion, which means that most of the teams are planning their end of season banquets. The AHS girls basketball team held their end-of-the-year banquet on March 22.

This year was the first season for Stephen Crile as head coach for the Alliance varsity team. His coaching team included Heidi Manion, Reve Fries and Mickenzie Brennan. All of the coaches put an immense amount of effort into coaching this year’s players, which can be seen in this season’s stats. Every player improved in every single area. The AHS varsity girls basketball team finished their season with a record of 7-17, the JV team ended their season with a record of 8-9 and the reserve team finished with a record of 3-7. Compared to last year, this is a huge accomplishment.

Crile stated that the most memorable part of this season was “getting to know the girls.  As far as games go [he] would say the Ogallala game was the most memorable game. The way our girls fought to the end was unbelievable and for us to come out with a win was fantastic.” In his eyes every single game is very important but “a lot of games that stick out to have been influential games this year. [In] Hot Springs we were down going into half and we came back to win. The Ogallala game was a huge win for us. The last Chadron game we lost, but it told us we could play with teams on our schedule.”

Regarding next season, Crile explained, “we will have to find our own identity next year. We will lose 6 seniors who contributed a lot. We are going to look for a lot of our underclassmen to step into roles to fill the loss of those seniors.” Crile mentioned during his speech at the banquet that all the seniors could have played their last game last year and quit but they did not. As a new coach, Crile brought new opportunities and a lot of positive changes.

The motto of this year’s season was “All hands on deck” and the players stayed true to that motto throughout the year. Every player was ready to step on the court and fight. This year’s team had a huge crowd that supported them. Alliance girls basketball is no longer the team that can be overlooked.

The SPUD would like to congratulate the AHS girls basketball team on a successful restart. Thank you seniors and coaches for all your dedicated work for this program. Good luck next season lady bulldogs!

Awards given at the banquet include “Overall MVP,” “Offensive MVP,” “Defensive MVP,” “6th Man,” “ Team Captain,” “Most Improved,” “Hustle,” and “Best Teammate.” These honors were awarded to the following:

This years letter winner were :