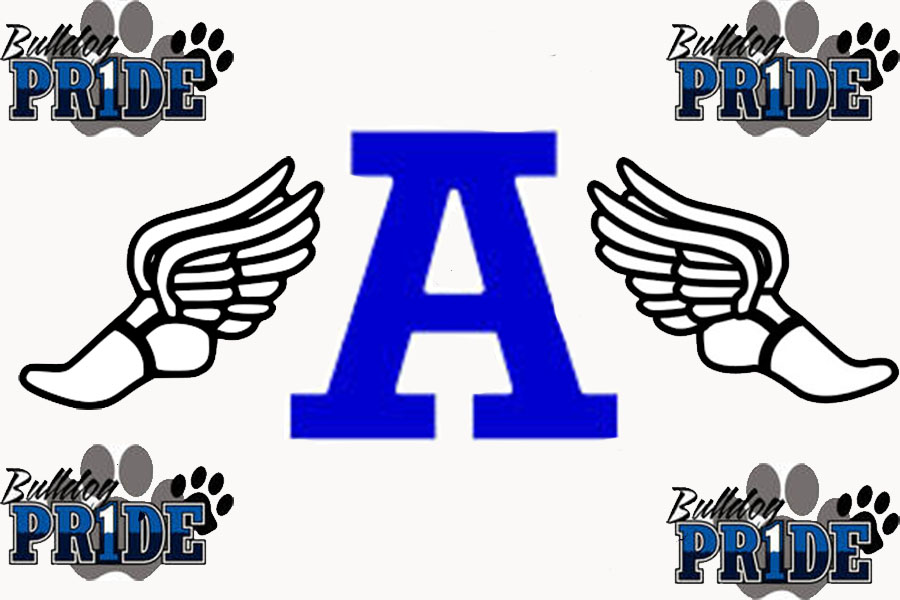 Tuesday, May 4th, the rescheduled Alliance track meet took place with field events starting in the morning. Many teams competed at this meet including Alliance, Chadron, Crawford, Hay Springs, Oelrichs, Scottsbluff, Sidney and Sioux County. The Alliance Bulldogs were able to find success at their home meet, with both the boys and girls Alliance Invite Track Champions.

The boys did just as well at field events. Isaiah Martinez took first in both Shot Put and Discus while Bryson Darveau earned third. In High Jump, Carson Bair won first place and Jonah Amill earned third. The only boy Pole Vaulters of the day were Bulldogs Keegan Grant, who earned first, and Ben Cassatt-Reina, who got second place. Jaxon Bair won third in Long Jump and first in Triple Jump while Amil got second in Triple Jump

The Alliance runners were able to accomplish a lot in numerous races. Many of the girls and boys running events took place at the same time, which is different from most meets. In the 100 Meter race, Kaitlyn Schulze won first and Browning got second place. Diana Kollars got second and Browning took fourth in the 200 Meter race while Riley Lawrence earned first in the 400 Meter race. In the 800, Haylie Winter took third and Mikayla Seebohm was able to earn first in the 1600 Meter race. The only Alliance hurdler, Macala Hood, won first place in both the 100 Meter Hurdles and the 300 Meter Hurdles. The 4×100 relay of Schulze, Kollars, Clarke and Montes earned first place. The 4×400 relay team made up of Clarke, Lawrence, Montez and Kollars also took first place. Winter, Seebohm, Kaylee Henthorn and Braelyn Schrewsburry, the 4×800 relay team, earned second place.

The boys were able to achieve success in running events, too. In the 100 Meter Dash, Nolan Nagaki won first place and Dagnan earned third. Carson Bair got first and Devin Hughes took second in the 200 Meter race. Hughes was able to earn first in the 400 Meter race as well. Aiden Hancock secured third place and Daniel Steele took home fourth in the 800 Meter Race. Alec Garcia achieved first in both the 1600 and 3200 while Cassat-Reina won second in the 1600 and third in the 3200. The 4×100 team of Nagaki, Carson Bair, Grant and Hughes earned first. Also winning first place was the 4×400 team of Hugues, Carson Bair, Hancock and Jaxon Bair, as well as the 4×800 relay team consisting of Garcia, Steele, Cassatt-Reina and Hancock.

Congratulations to the Alliance Track Team on their success at their home invite. The Spud wishes you the best of luck in the remainder of your season!