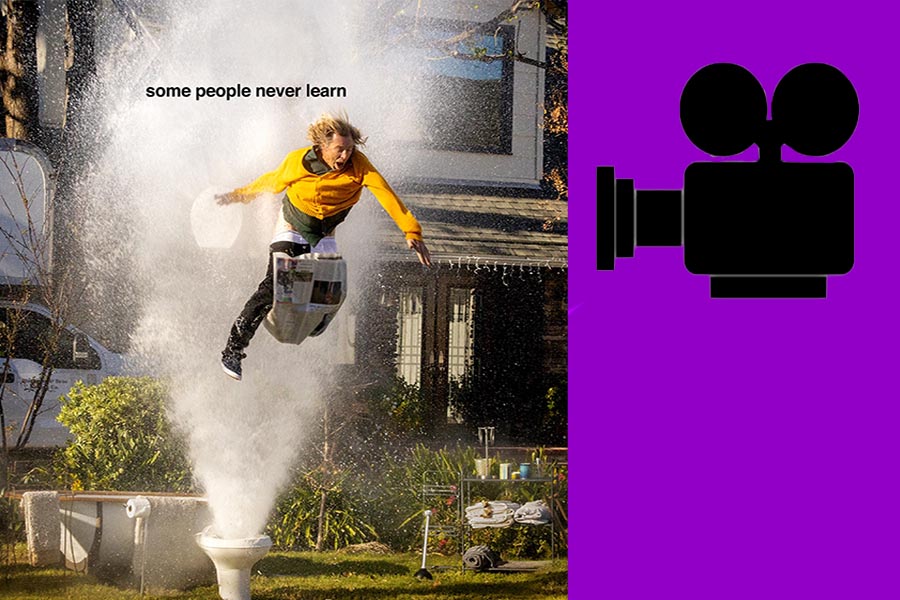 This might be the absolute hardest thing I have ever, and will ever write. There was so much gratuitous material in this film that I cannot mention in a school-run newspaper such as this. I’m going to have to come up with some alternative names to call the film if I want this to get published.

Jack-Donkey Forever is the fourth and latest film in the ‘Johnny Knoxvill and friends brutally torture each other for an hour and a half’ movie series. A series which has been going on for a little over twenty years. This movie was directed by Jeff Tremain, with a modest budget of ten million dollars, and was released on February 4, 2022.

If you had watched the trailer for Jack-Wagon Forever and didn’t laugh a single time, you are not going to like this movie and should not even bother watching the movie. If, however, you giggled like a maniac, then you will find that this film is one of the greatest theater experiences one can have with friends who are as equally immature as you. Not once in my life had I ever thought I would see a man use another man’s body as a sled as they both go sliding down a hundred foot long Slip N’ Slide on the big screen. Nor did I ever imagine that I would witness a man covered in honey get nearly mauled by a black bear.

There were multiple times throughout this feature where I thought I had just watched a man die, such as when Knoxville had been run over by a charging bull, a stunt which caused him permanent brain damage. I theorize that the only reason none of the men in these films are six feet under is because they tap-danced on death’s door so many times that the Grim Reaper had given them each a restraining order. Like the world’s most horrific car crash, I wanted to look away, but couldn’t peel my eyes off of the screen.

To rate this film would be like trying to rate a documentary. There isn’t really a story, nobody’s acting, and the camera crew is just three dudes, so I can’t really comment on any of that stuff. However, if I had to give this a rating, I would give it four out of five broken pelvises, and the only reason it’s not a full five is because I think that I am permanently scarred after watching it.