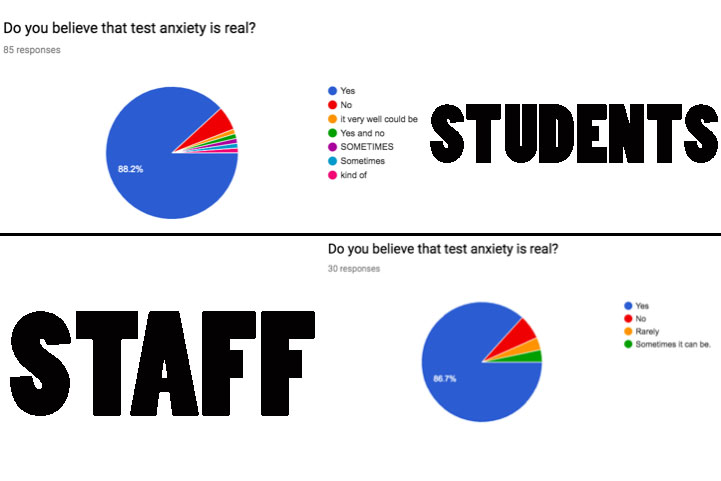 Imagine you are sitting in class. You know you have a test today. You studied last night and you feel prepared. Then, the test is handed out. You feel your heart rate increase and butterflies in your stomach. Is this a reality for you? While some students believe that this feeling is a diagnosable illness, others simply believe that it is  an excuse for not knowing the material on the test.

It has become clear that the majority of AHS staff and students believe that test anxiety is a very real experience; but, the reason as to why is still up for debate.